Another Badlingham family, the first Badligham Bonny was out of Llandinabo Cherry bred by Major F.M. Symonds and sired by Sarn Oykel. Sarn Oykel’s grandsire was Vern Dermot who is described in the Vern dispersal sale catalogue as “a very deep sided and beautiful quality bull with grand hindlegs. He proved himself an outstanding sire.” “Vern Dermot was exported to Shadelands Farm, USA, where he has exerted considerable influence on Herefords in North America”.

The Bonny’s have won numerous prizes, including Badlingham Bonny 54th (sired by SNS Generator 28X) who was Reserve Junior Female Champion at Three Counties and 1st at the National Hereford Show, Tenbury in 1996. She shares the same dam as Badlingham Bonny 75th, who was one of the last Badlingham Bonny’s to be bred that does not descend from the Mara Bonny D6 line. 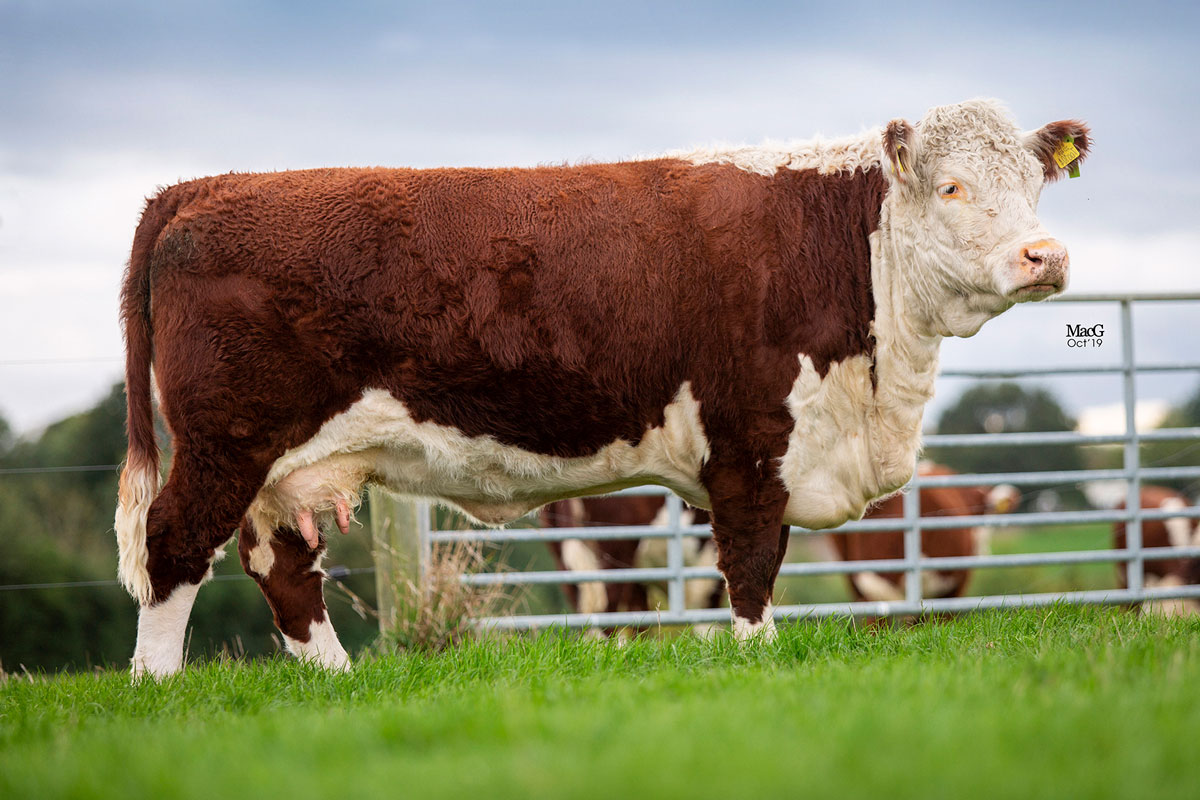 A strong heifer full of breed character, we look forward to seeing what she can produce. 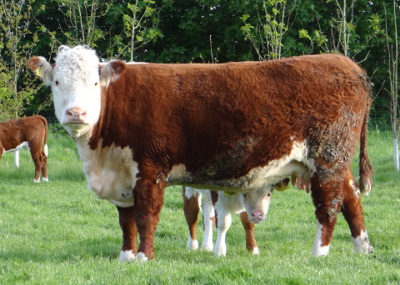 Mara Bonny 31st was purchased as a maiden heifer from well respected breeders R and M Borwick. Her grand dam Mara Bonny T6 had 10 calves and “was a star at the Mara – never missed producing something special” (Mara Reduction Sale Catalogue 2012). Bonny was dam to Pulham Lancelot. 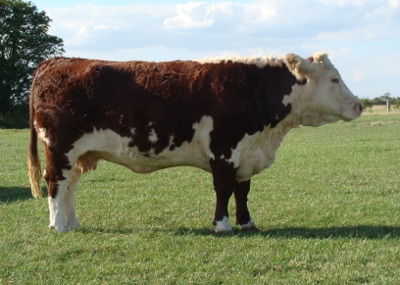 A cow with an excellent back end and good length. She has many Blossom crosses in her pedigree as well as the world famous Canadian sires SNS Generator 28X and Standard Lad 93J. We were delighted to purchase her from AG Wright & Sons when she fell out of their calving pattern.