The Hazel family was the last to be introduced to the Badlingham Herd. The first Badlingham Hazel was out of Dordale Hazel 30th and by the world famous Canadian sire Standard Lad 93J. 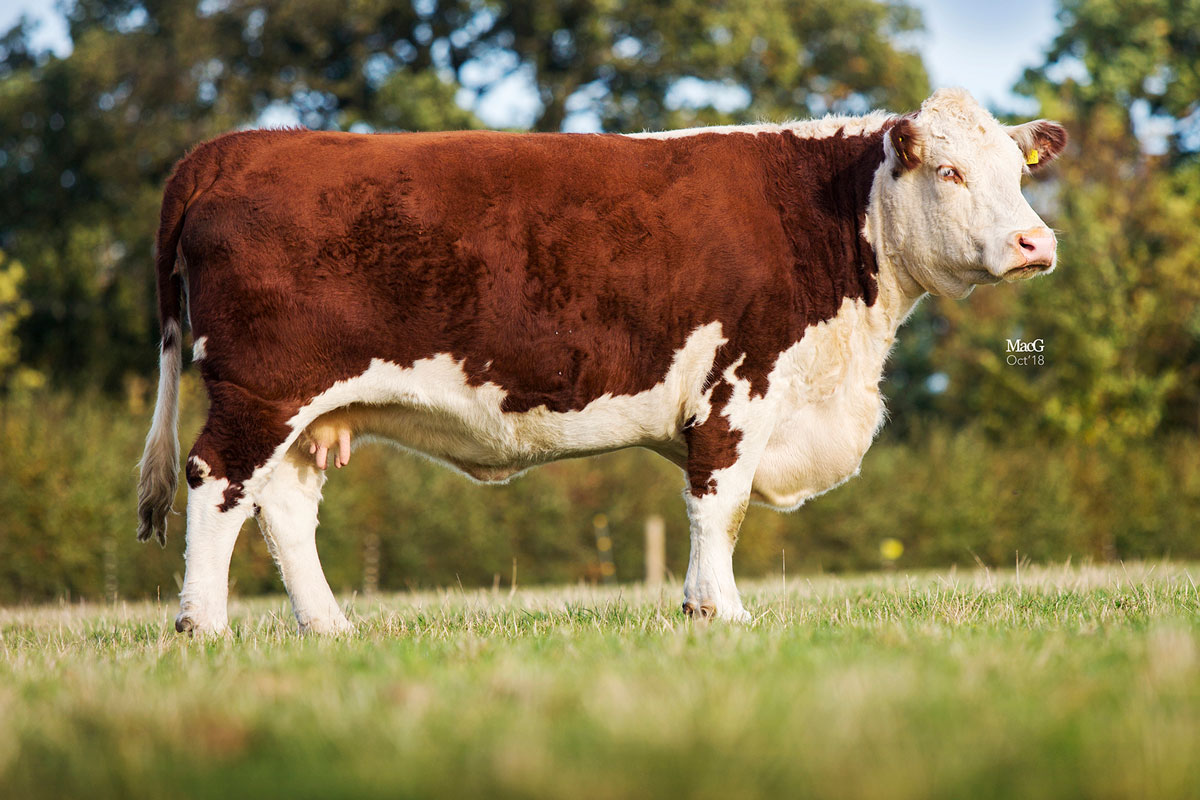 A really strong cow with plenty of width and volume. She does her calves very well, milking like her grandmother Badlingham Hazel 26th. 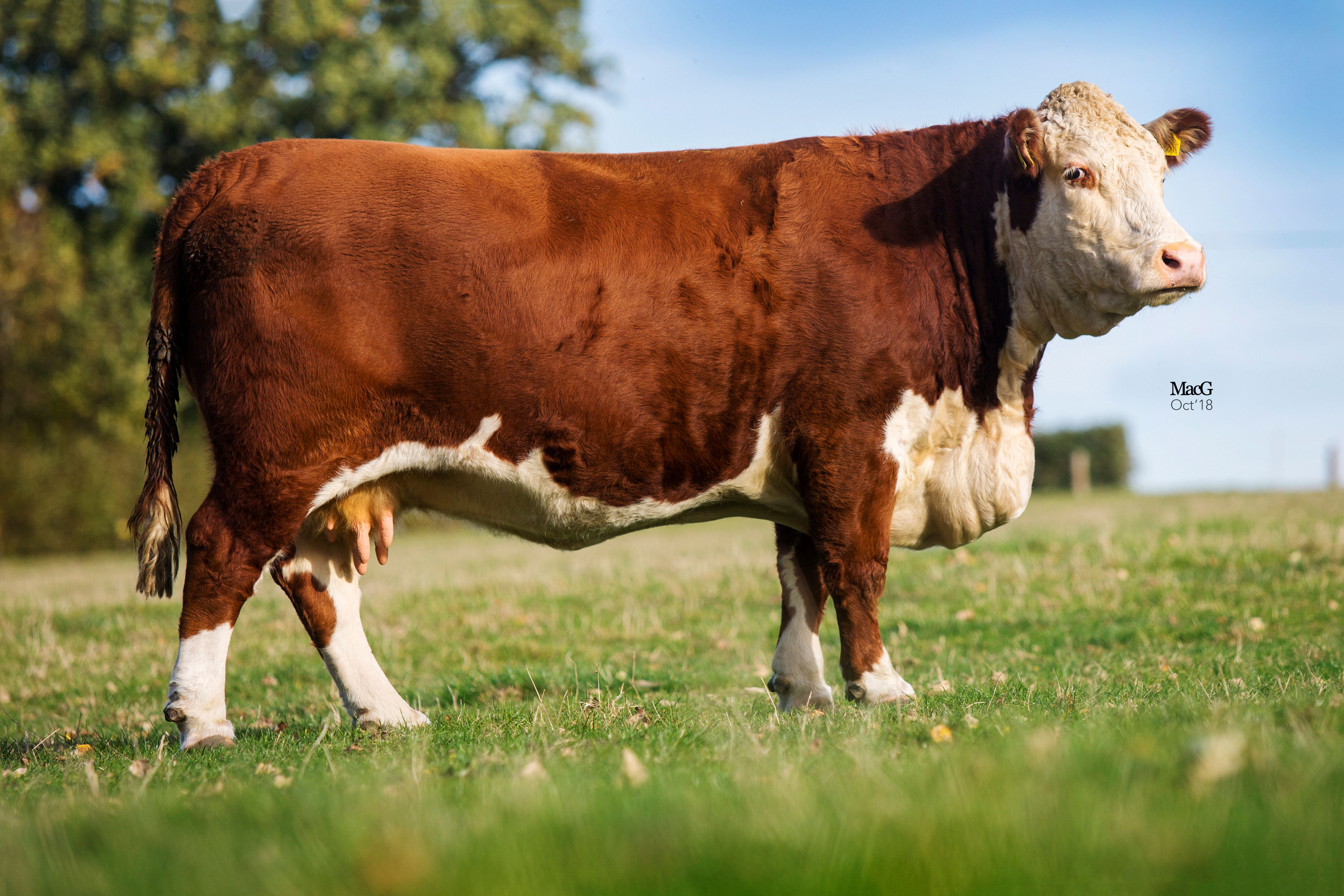 This Clipston Krespian daughter was the first animal we won a red rosette with at the National Hereford Show.

Badlingham Hazel 25th was one of the foundation heifers purchased from AG Wright & Sons in 2007. Two Hazel’s were purchased as one was preferred by Philip and one by Laura. Badlingham Hazel 25th was Laura’s choice and is know in the herd as “Laura’s Hazel”. Her first calf, Pulham Hazel 1st, was the first home-bred heifer to be shown, see Shows 2010 for details and her fifth calf, Pulham Hazel 8th, won our first ever red rosette at the National Hereford Show see Shows 2014 for details. 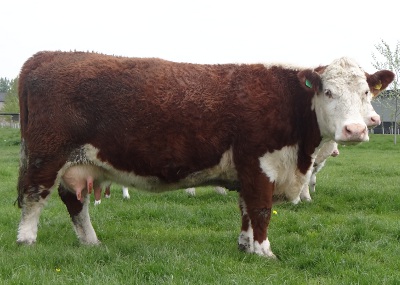