Our Pansy family came from the renowned Clipston herd. The Pansy family was established at Clipston in the 1970’s from the Davies family’s Westwood Herd. Upon seeing the Pansy females at Clipston we knew we wanted to introduce this family into our herd. 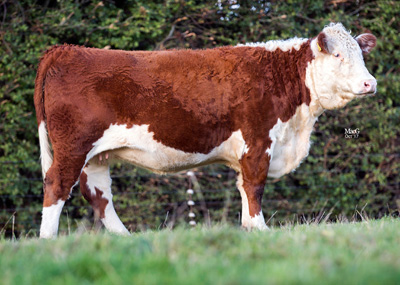 This girl stood out as soon as we saw her and we are thrilled to have her in our herd. 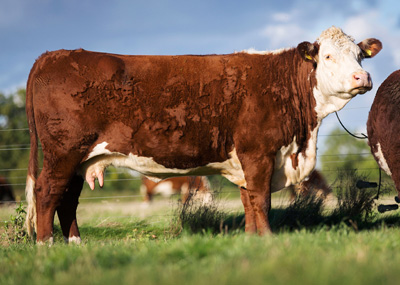 What this cow lacks in size she makes up for in quality, we love her! Her first daughter, Pulham Pansy 8th, was second at the National Hereford Show in 2016, a photo of her is included in our Gallery. Dam to, Pulham Providence, who came first at the Newark Calf Show in 2017 and had a great 2018 show season before being sold to Nancy Herefords, Northern Ireland. 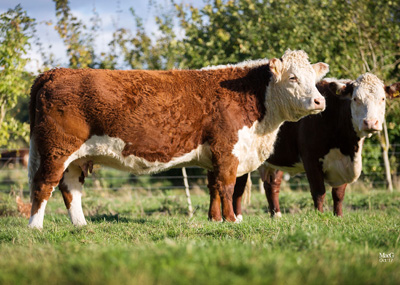 A great breeding cow who is now part of Owen & Finley’s Gedwydd herd.

Having sold Sarabande Huggy Bear to Rodney and Rose Westaway we were delighted to buy back one of his daughters. She came with a strong bull calf at foot who has now been sold as a breeding bull. Her daughter, Pulham Pansy 15th was Junior Female and Reserve Overall Female Champion at the National Hereford Show in 2018. 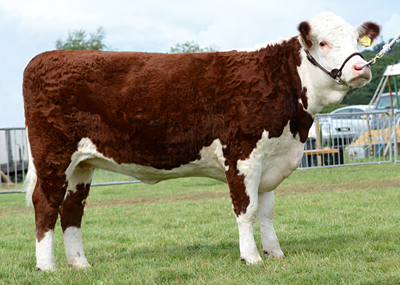 This cow has such a wide top you could eat your dinner off her! Pansy 2nd was successfully shown as a yearling heifer, winning a large class at Royal Norfolk and coming second, in another large class, at the National Hereford Show. 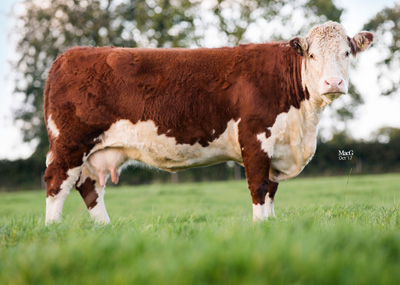 We are real fans of Rodney and Rose Westaway’s Pansy family and Clipston Pansy L10 was purchased as a maiden heifer, to introduce this family into the Pulham herd. She has plenty of milk, width and volume. She is dam to Pulham Pansy 2nd.

A large framed, voluminous cow. Her dam Clipston Pansy P18 was first and Res. Junior Female at the National Hereford Show in 1997 and first and Female Champion at the Three Counties Show in 1999.