One of our polled families, our Starlet’s came from the award winning Solpoll herd from Northern Ireland, owned by John and William McMordie.

A lovely Romany 1 Machine daughter who was successfully shown in 2017.  Awards include Breed and Res. Native Inter-breed Champion South Suffolk, Female Champion Hadleigh, Breed Champion Suffolk, first Norfolk, resulting in her winning the MEAHBA Trophy for the animal gaining the most points at the regions Summer Shows.  Our only daughter from Solpoll 1 Starlet K8, she will be retained.

A typical Romany 1 Machine daughter – easy fleshing, a great compact bag of milk, with small teats.  Out of one of our best polled cows, she is a full sister to Pulham 1 Remitall who was Male and Reserve Breed Champion at Agri-Expo Borderway in 2018 and was sold to Martin Jenkins, Appleridge Herefords, at the Hereford Cattle Society Spring Show and Sale 2019, after been made Junior Male and Reserve Overall Male Champion.  So far the only heifer from Solpoll 1 Starlet K15, she won’t be leaving Pulham any time soon!  Her first heifer calf by Appel 1 Kaboom looks promising. 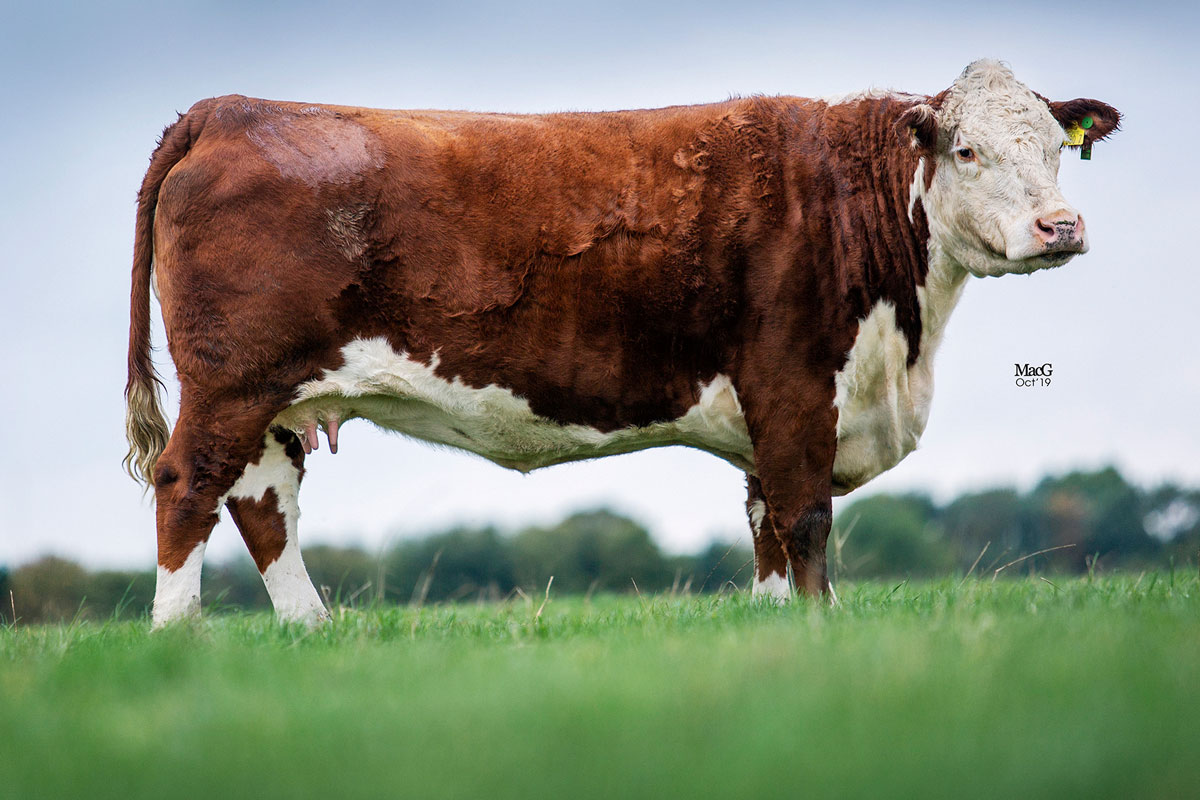 Solpoll 1 Starlet K15 is an Embryo Transfer out of Solpoll 1 Starlet C3, dam to Solpoll 1 Ferrari (sold to Genus) and Solpoll 1 Handsome (sold to NCBC AI Company).  K15 is sired by the $270,000 Remitall Super Duty 42S.  Her first calf, Pulham 1 Magnum, sired by Days Calibre G74, was sold to Rodney and Rose Westaway, Clipston Herefords.  Her second calf, Pulham 1 Starlet 5th, has been much admired and has been retained in the herd.  Her third calf is Pulham 1 Remitall a cracking bull by Romany 1 Machine.  Remitall was Male and Reserve Breed Champion at Agri-Expo Borderway in 2018 and was sold to Martin Jenkins, Appleridge Herefords, at the Hereford Cattle Society Spring Show and Sale 2019, after been made Junior Male and Reserve Overall Male Champion.  She had another excellent calf in 2019, Pulham 1 Star Maker, a full brother to Remitall.  This cow is a breeder! 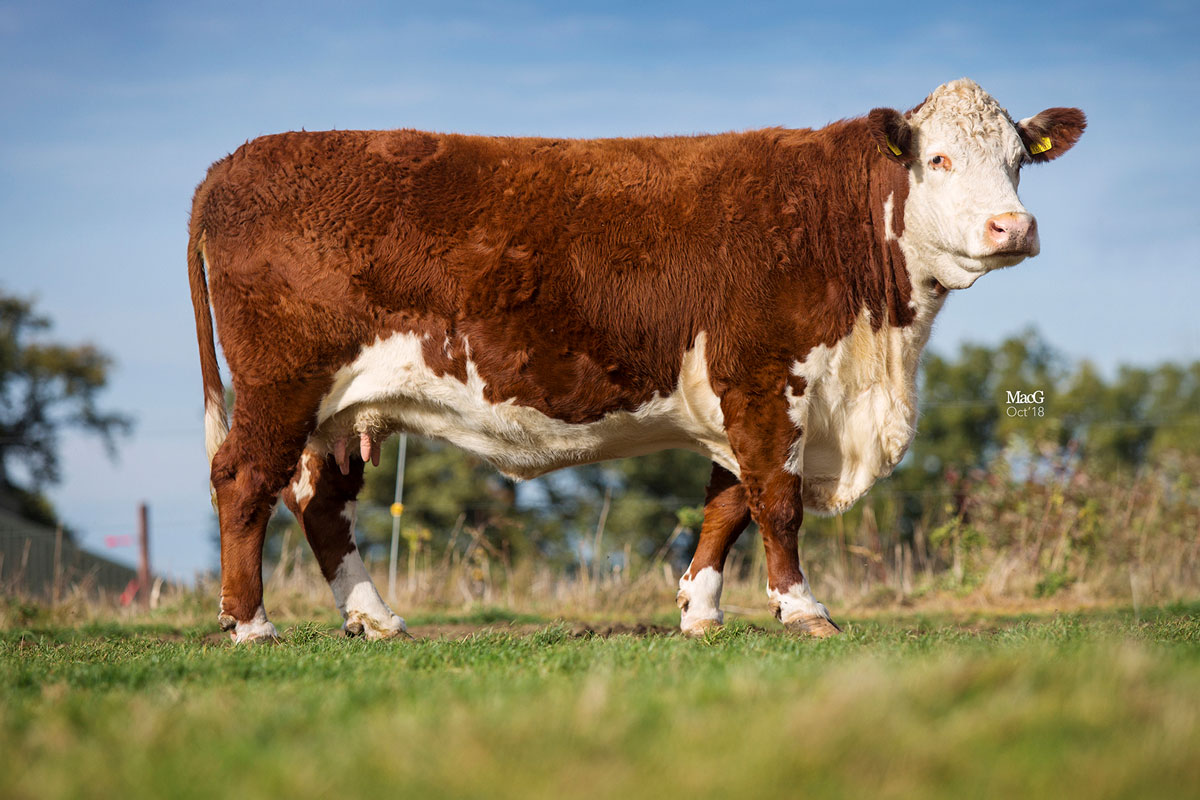 Starlet K6 was part of a group of 4 heifers we purchased as weaned calves from John and William McMordie.  She has a great temperament and is very friendly!  Her first two calves have both been sold as breeding bulls and her third calf Pulham 1 Starlet 6th, was our Polled 2017 Designer Genes Sale heifer, who sold for £4,410.  We hope to show her fifth calf, Pulham 1 Starlet 8th, who will be retained at Pulham.