Our Dowager family came from the Haven, the oldest family run herd of Hereford cattle in the World. 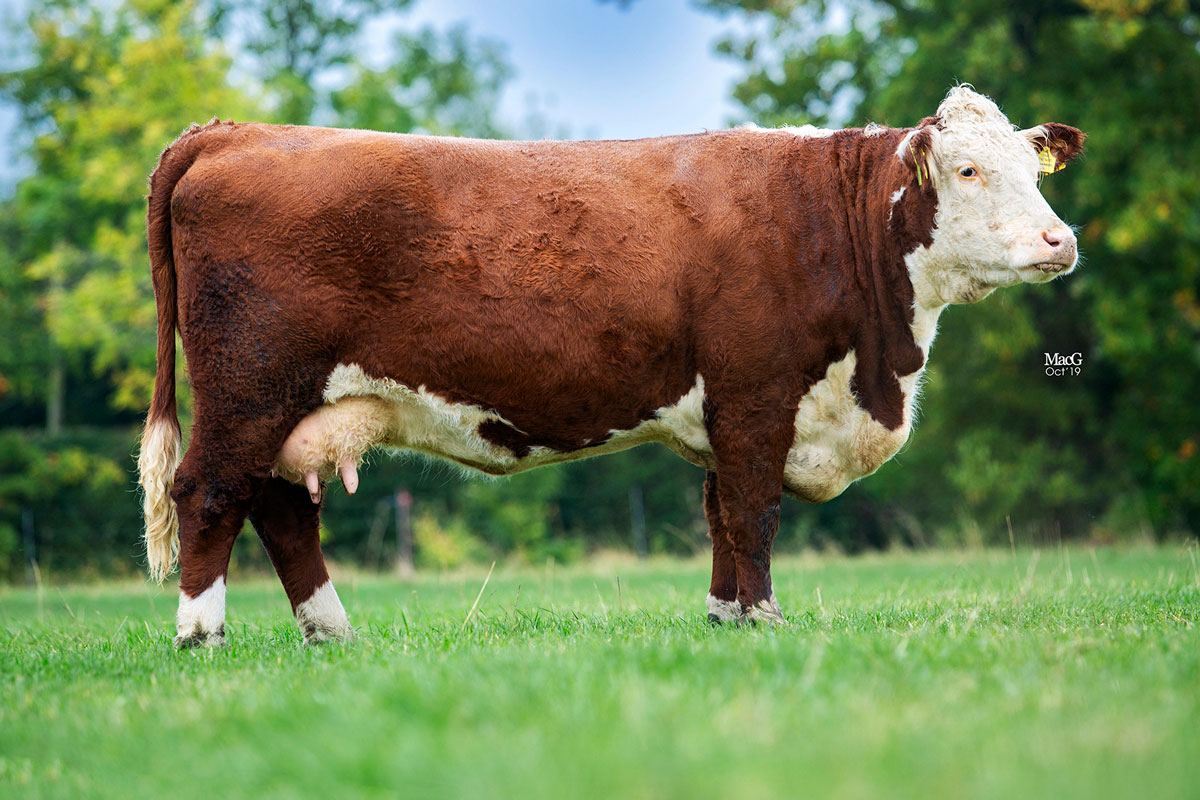 Pulham Dowager 2nd had one show outing as a calf, winning her class at Newark Calf Show. She is a very milky young cow with a fantastic EBV – she has great calving, weight and milk figures, with a Terminal Index and Self Replacing Index in the top 5% of the breed. 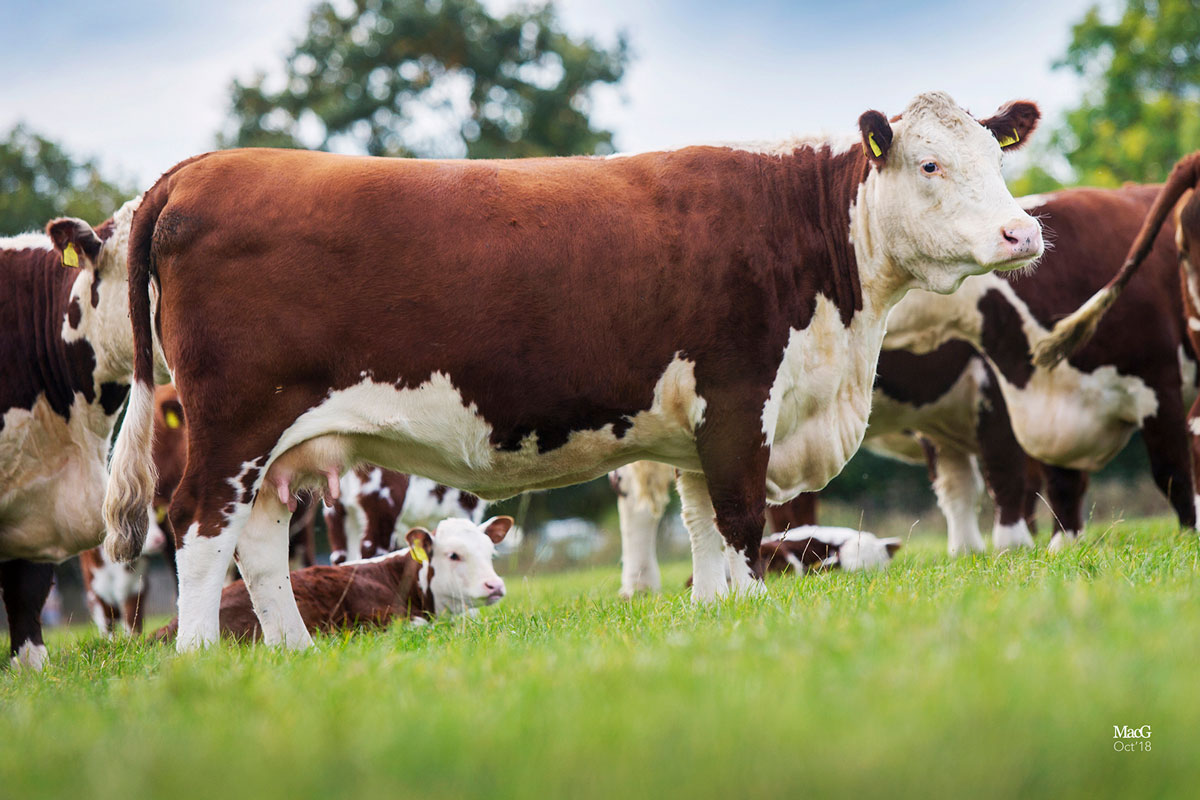 A long feminine cow, with a milk figure in the top 5% of the breed, Haven Dowager 161st was purchased as a heifer calf whilst still on her dam, Haven Dowager 137th. A prolific breeder, Haven Dowager 137th is dam to 10 calves, including Haven Cavalier, Male National Hereford Show Champion 2010. Haven Dowager 161st sire is Haven Empire an embryo transfer calf imported by EL Lewis and Son. Empire was 1st in his class at the Three Counties Show in 2009. Haven Dowager 161st has been an extremely successful cow for us. At 9 years old she has had 7 calves, her first heifer was sold to Hickling Herefords, her second bull calf, Pulham Maverick, was first at Bucks Show and sold for breeding and her most recent bull calf was sold to Elwess Herefords. Other progeny have been sold for breeding and her grand-daughter, Pulham Dowager 2nd, who is retained at Pulham, had one show outing as a calf, winning her class at Newark Calf Show.