One of our polled families, our Lucy line came from the award winning Romany herd owned by JRB Wilson & Sons. “When the Lucy line was created at Romany back in 2004 we had no idea the influence it would have on the breed in the UK in such a short period.” – Robert Wilson

A well marked heifer, sired by the 2018 Hereford Sire of the Year, Barwise 1 Lancer.  “Lucy” has plenty of milk and has reared her first calf well. 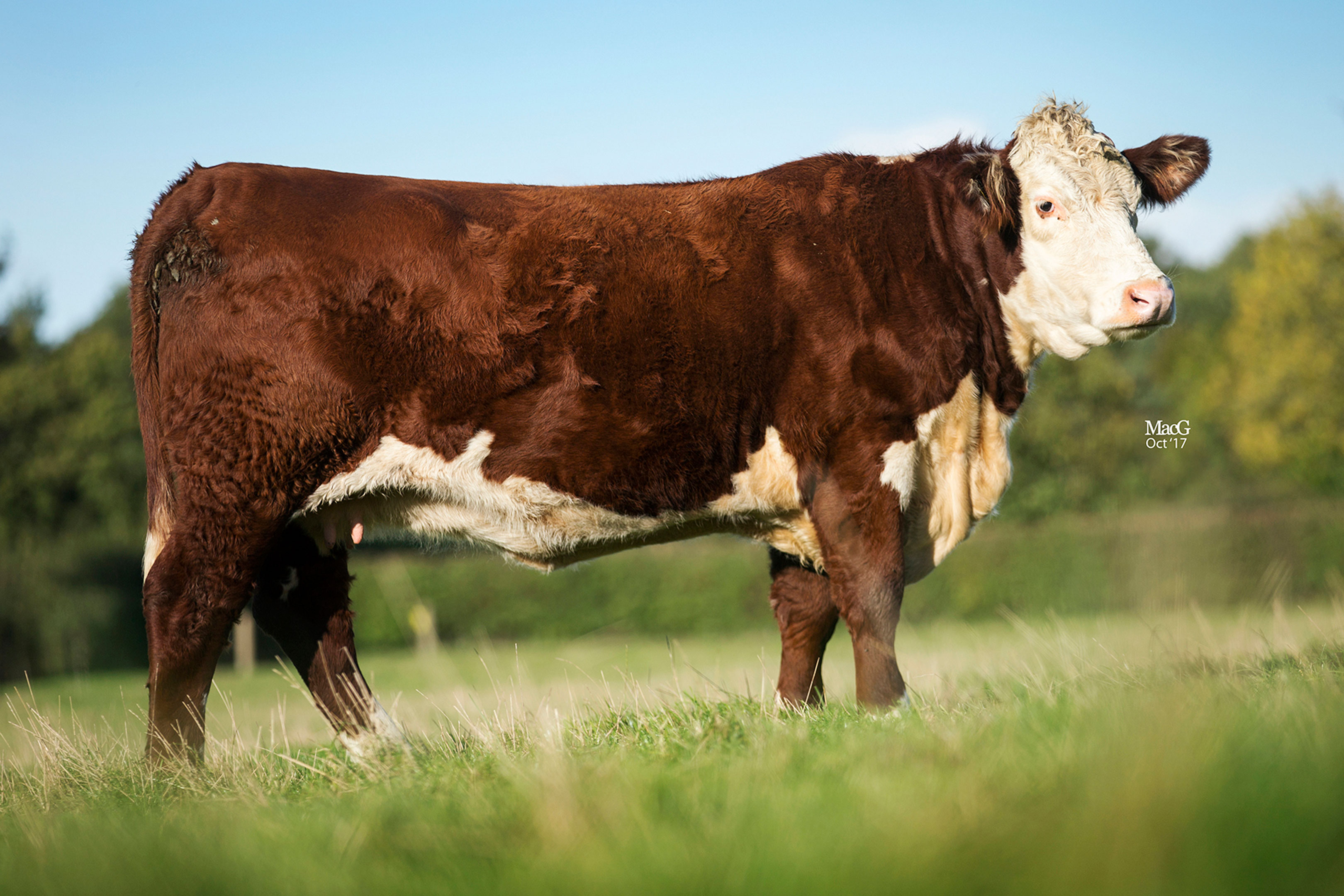 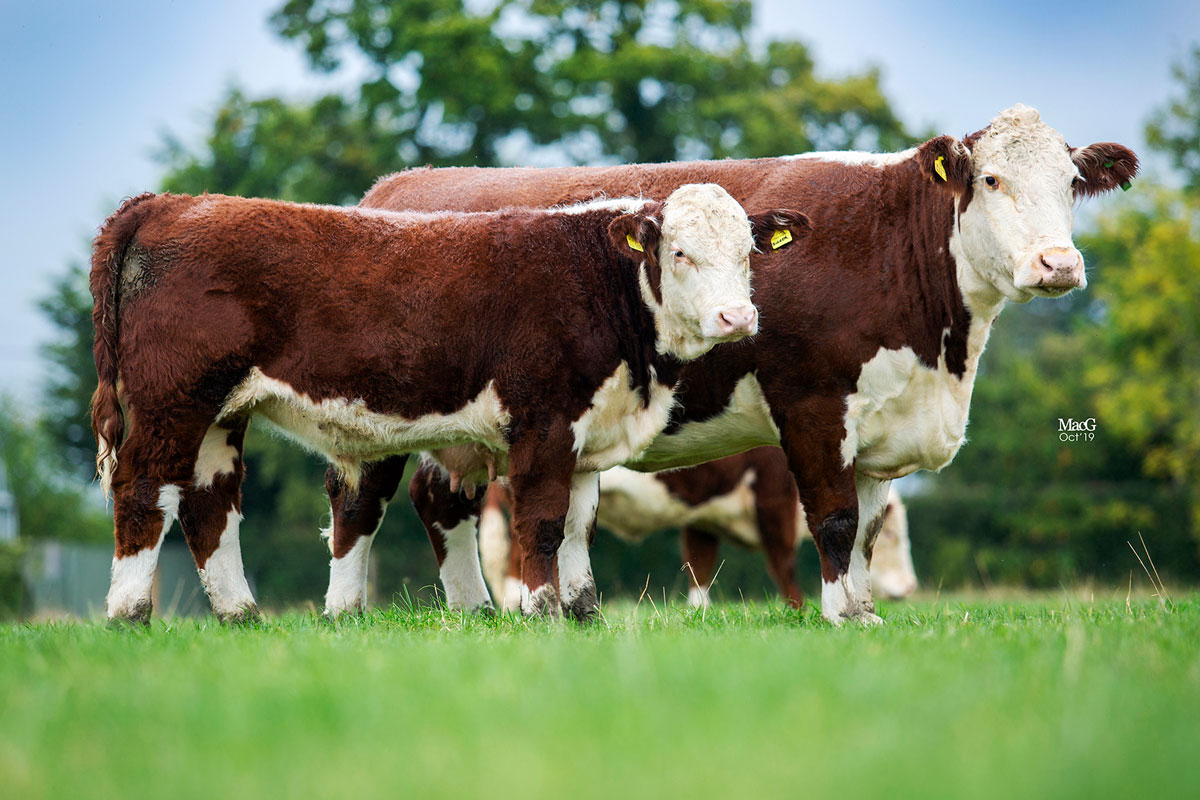 A great breeding cow, with a beautiful udder.  Her 2019 bull calf Pulham Silver is featured in her photo.