Our 2014 Summer Show Team has been our most successful overall team to date, with each animal picking up a red rosette during the season. Solpoll 1 Starlet K8 took the limelight at Hadleigh Show, she was first in her class, the Female Champion and Supreme Champion, with Pulham King Kong, the Male Champion, in reserve. Pulham Pansy 2nd, a Sarabande Huggy Bear daughter, won a strong heifer class at Royal Norfolk and was second at the National Hereford Show. Pulham Hazel 8th gave us our first ever red rosette at the National Hereford Show winning a large class. Our last show of the year will be the M.E.A.H.B.A. Calf Show at Newark in November. 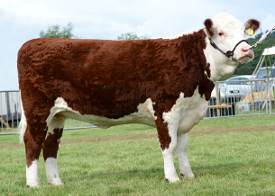 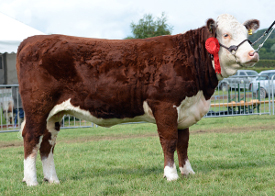