Our Orange family came from the Grianan herd owned by the T & A Fitzgerald, Moate, Ireland. 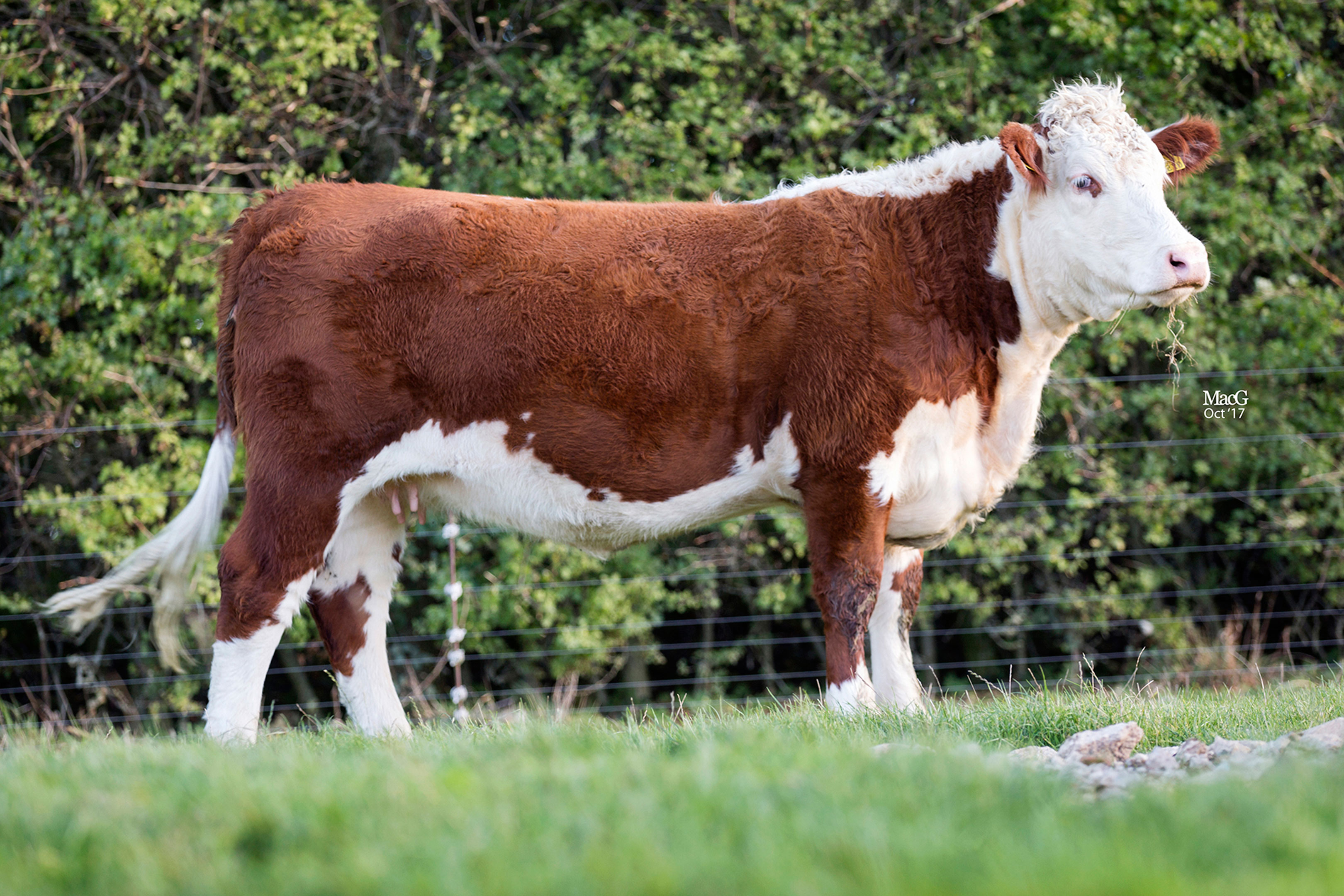 Grianan Orange P752 took our eye when we saw her in action at the Irish National Show, Tullamore in 2016, where she was first and Reserve All Ireland Heifer. Before she came over to England she had more success for T & A Fitzgerald when they took her to the Irish National Calf Show where judge Richard Mann awarded her Overall Reserve Female Champion. Orange’s first bull calf was sold to a local dairy herd. Her second bull calf, Pulham Tampa, was first in a large class in the 2020 National Hereford Club Virtual Show and has been sold to Helen Storey, Mockingjay Herefords.