One of our polled families, our Olive family came from Michael Clark’s Lowesmoor herd.

A medium sized, beefy cow who does her calf well. Olive had a beautiful Romany 1 Machine heifer in 2017 who will be retained in the herd. 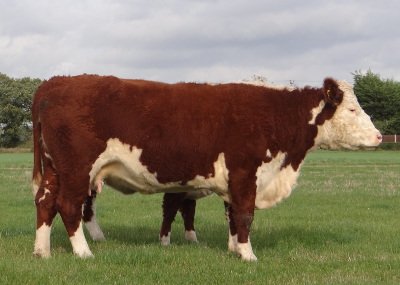