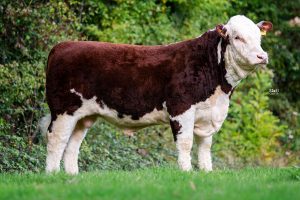 We are chuffed to have been awarded the trophy for the Best Herd in the Midlands and East Anglia Herd Competition for the second year in a row.  Pulham Simba won the award for the Best Bull Calf.  This year’s competition was judged by respected Hereford Breeder, John Kemp, Auckvale Herefords. 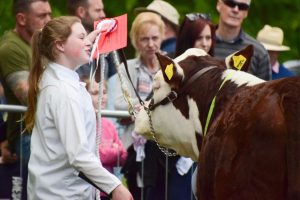 Beth is Young Handler Champion 2 weeks in a row!

What a start Beth has had to the summer show season! Competing in the senior young handler class at South Suffolk Show, Beth fought off some tough competition in a large class to be placed first and was then made Champion Young Handler.  Only 6 days later we were showing again at our favourite local… [Read More]

Pulham 1 Remitall had a sucessful day at the Hereford Cattle Society’s Spring Show and Sale being awarded Junior Male Champion and Reserve Overall Male Champion, judged by Jimmy Speirs.  We were delighted when Remitall was sold to Martin Jenkins from Appleridge Herefords, we wish him all the luck with his new purchase & look… [Read More] 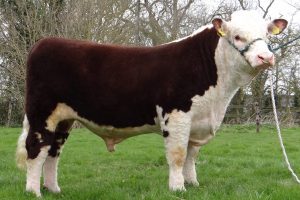 We are very proud to announce that Pulham Ranger was been jointly purchased by well known Irish Hereford Breeders JJ Farrell, Trillick Herefords and Padraig & Catherine McGrath, Kye Herefords.  Ranger won his class at the National Hereford Calf Show in 2018 & we have retained semen to use in our own breeding program. 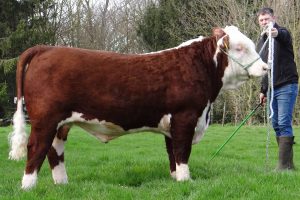 Padraic McKenna, Lisgoagh Herefords, picked out Pulham Ringleader whilst still on his dam Clipston Pansy J562. Pulham Ringleader is a full bother to Pulham Providence who we showed with great success last year & then sold to Glenn and Tracey Morton, Nancy Herefords in Northern Ireland. We wish the McKenna family all the best with… [Read More] 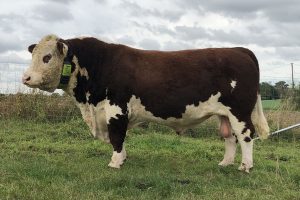 Kermit is sold to Twilight Herefords

Having had 2 excellent crops of calves from Haven Kermit and another on the may in the Autumn, we are pleased to have sold Haven Kermit to Alex Gifford, Twilight Herefords, Devon. 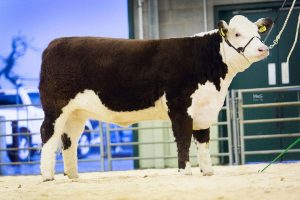 It was with reluctance that we entered Pulham Dowager 4th into the 2018 Designer Genes sale, as we believe she is one of the best heifers we have ever bred and we really wanted to keep her! However we wanted to take part in the Sale and the whole point is to give buyers the… [Read More] 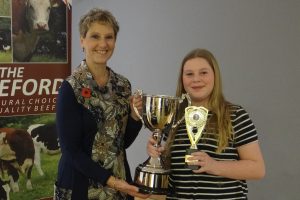 Beth is Midlands and East Anglia Hereford Young Handler of the Year!

After being runner-up for the last 2 years, Beth managed to take the title of Midlands and East Anglia Young Handler of the Year – we are not sure who was more proud – us or Beth! Beth has really improved her handling skills over the last couple of years and has grown in confidence…. [Read More]