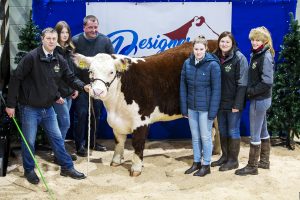 Pulham Diadem 6th sold at the Designer Genes Sale for 13000gns, breaking the record for a UK Hereford female. We knew she was special, having been awarded best heifer calf in our area herd competition and receiving many positive comments, but we never dreamed that she would sell the way she did! We wish Antony… [Read More] 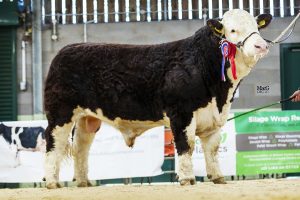 Pulham Victory was awarded the Male Championship by judge Jim Barber at the Shrewsbury Calf Show. Victory is an  Shiloh-Farm Elite son out of Pulham Blossom 16th. 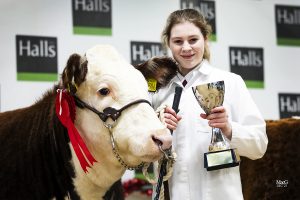 Beth had a fantastic day at the Shrewsbury Calf Show, winning the Young Handler Championship and showing Beckhall Princess Bella in her class, where she came a very respectable second. 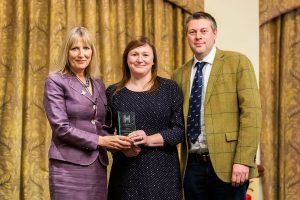 It was a amazing honour to be the runners-up in the National Hereford Herd Competition judged by prominent and respected Longhorn breeder, Pat Stanley. Congratulations to the Thorne family for taking the top spot. 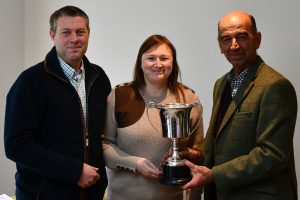 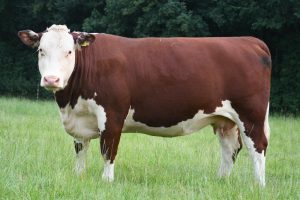 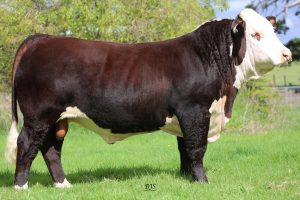 We are thrilled to announce our purchase of Mawarra Influential, in partnership with Edward and Ben Lewis, Haven Herefords and Australia’s Graham Genetics. Influential won his class at the Australian National Hereford Show and Sale, Wodona and was knocked down for AUS$42,000.  We will be using Influential’s semen across our horned females in the Autumn. 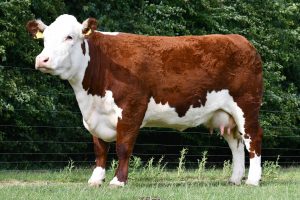 With the Summer Shows, including Tenbury, cancelled due to Covid-19 the National Hereford organised it’s first ever Virtual Show. The Show was judged by Robert Clarke of the Shadwell Estate (England), Brent & Anna Fisher of the Silverstream Hereford Stud (New Zealand) and Gary McKiernan of Corlismore Herefords (Republic of Ireland) and received over 200 entries…. [Read More]